Learn why it is important to share emotions in your team and how you can make this happen with this practical hands on guide for the mini health check.

The way we act is a result of our emotions. Understanding and sharing your’s and your team’s emotions can be incredibly powerful to build rapport. The mini health check is a tool to help the team to create transparency and trust which is a must for a high-performing team.

I must have been talking for 15 minutes straight about how we should re-organize our development teams. My mgmt team was staring back at me from the computer screen. Or at least I was hoping they were staring back at me and not checking their email or Slack or doing something else.

I had this nagging feeling something was off. But I could not put my finger on what it was. No one was objecting to what I said, so surely they were all on board.

Me: “David, you got 5 minutes after the meeting? It’s something I need your opinion on.”, I blurted out and closed down the meeting. People logged off and disappeared from the screen. Or had they logged off mentally long before?

I drew a breath and asked: “What do you think David? How are the guys taking the news? It feels like I’m doing most of the talking. But no one is objecting so we have them on board, right?”.

But hopefully, someone has the courage to speak up for the group

David looked at me but did not look so convinced. I got a worried feeling in my stomach. He answered me diplomatically as always: “Well, I think the idea, in general, is sound but I spoke to Johanna earlier today and she is really upset their team will not have enough people to work on the migration to the new database.”

Now I felt a surge of anger, and guilt, rushing to my head. Why didn’t she voice the concern in the meeting? I had kept an eye on everyone on the call and had not picked up on any such emotion from their expressions. If someone had concerns, they should voice them there and then. I told everyone so at the beginning of the meeting.

Had I come on too strong? Not listened enough? Not taking enough time to speak to everyone in a private session? How could I make the team be more open about their emotions and opinions? I had to give this serious thought. Something needed to change.

Keep reading and I will share with you how I dissolved this situation. But first, a little theory on human behavior and psychological safety.

Humans are emotional creatures. We are ruled by our emotions a lot more than we might at first think. This is because there is no objective truth or reality. This might sound a bit too post-modern for you to stomach, but read on and I will try to explain.

The world around us is observed by our senses (sight, hearing, and so on) as part of our central nervous system and then processed and interpreted by our brains. This interpretation also adds a layer of emotions to the situation. The lion we see makes us feel fear. Adrenaline starts pumping and we get ready for a fight or to run, Facing a lion, our emotions are helpful, they will keep us alive.

Courage is not the absence of fear, but the triumph over it.

But emotions arise from events in the office environment too, like in the story about the organizational change in this article. And the way toward becoming a more productive and happy person is not through ignoring the negative emotions but through acceptance and sometimes addressing the root cause of negative emotions.

Accepting we have emotions about situations and understanding what we feel is the first step. And as leaders, both formal and informal, we need to create an environment for the team to be open about how they feel.

Psychologically safe environments are the most productive ones. Especially if innovation is important to the outcome. And with innovation, I mean any improvements beneficial to the organization such as new ways of working, new shiny products, or finding new markets to conquer. Safety is needed to have people challenge the status quo of your processes or have the guts to pull the cord and raise concerns about a derailing project.

Have a look at this wiki page covering psychological safety to orient yourself if you are new to the subject. I also recommend the TED talk “Building a psychologically safe workplace” by Amy Edmondson.

Now, I’d like to get to the part where I share the mini health check tool with you. Alone it will not solve all the cultural challenges in a fear-driven organization. But it will take you one step closer to more openness.

The purpose of the mini health check is for people to have a framework to put words on their emotions and share them with the team to spark a conversation. It’s designed to be lightweight and serves as a pulse check you can do often. I suggest doing it weekly to be able to follow the trends. 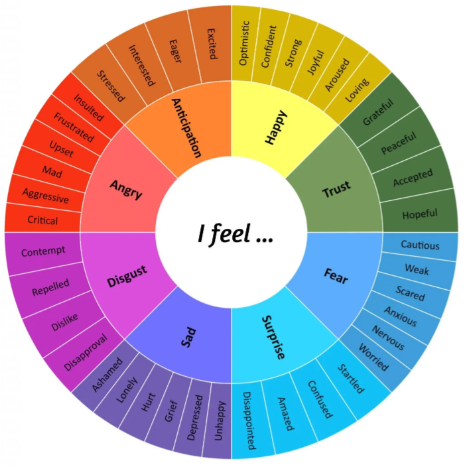 Join my newsletter with +85% opening rate. You will get insights into current valuations and what others are doing to succeed.

You have successfully subscribed! Check your email to confirm the email and download the asset.

We will now go through each step for how to do the mini health check. This tool has been developed to work in remote environments, perfect for the post-COVID work environment. It actually works better over video calls than in face-to-face meetings. You will soon understand why.

The first thing you do is explain why you are doing this exercise and what will happen during it. Go through all the steps, how the rating system of 1-5 works, and what an emotion is and isn’t. Make people feel safe. And make sure all cameras are turned on.

Step 2: On three, everyone does the fist of five!

Now it’s time for everyone to rate their overall emotional state on a scale from 1 to 5. You can explain the scale something like this:

Over time your team will develop a relationship with the scale. There are a few more suggestions on how to phrase this in the free downloadable pdf at the top of this article.

Everyone will now do the rating at the same time. You count 1-2-3 by showing your fist like you would do rock-paper-scissor and on 3 everyone shows the number of fingers representing their position on the scale. You do this simultaneously to make sure people are not influencing each other.

Ask everyone to hold up their hands long enough for everyone to see what the others are showing.

Step 3: Simultaneously write your number and a one-word emotion

Everyone types their number and also adds one word that best describes their strongest feeling. Everyone writes this in the chat of the meeting. It could look something like this:

Have them pick an emotion from the wheel of emotions. It’s included in the free pdf which you can download through the banner at the top of the article.

Ask one or two of the highest and lowest numbers if they would like to share a sentence about why they are feeling the way they are. Ask the team what they can do to support if the number is low. But don’t press people.

Also, reach out to the people showing low numbers privately to see what can be done to support them.

We are driven by our emotions more than we might think.

A team that aspires to be high-performing needs to have transparency, trust, and psychological safety.

To build rapport we must challenge the team to be open about their emotions.

You can use the mini health check to prime the conversation and track developments over time.

Consider these 8 principles to be more focused

It's no easy task to stay focused in today's environment. Emails, instant messaging, and a feeling...

9 Tips On How To Be More Effective

Do you keep chasing a growing to-do list? Always playing catch up and putting out fires?...

What 2021 taught me about preserving energy

To be able to achieve our goals we need to be good at focusing our energy on what is important. In...

Don’t scale sales before you have product market fit! For a mature company, this is expensive but...

I'm now going to make a lot of my developer friends upset. In this article, I will explain why...

Unit economics: The core of your business (including template)

I see many startups getting the unit economics wrong. Both the Lifetime Value (LTV) as well as the...

Have you heard the term SPV, or Special Purpose Vehicle, thrown around in media and wondered what...

Ideas and business models are what people usually think about when they hear the words startup and...

« Older Entries
Manage Cookie Consent
To provide the best experiences, we use technologies like cookies to store and/or access device information. Consenting to these technologies will allow us to process data such as browsing behavior or unique IDs on this site. Not consenting or withdrawing consent, may adversely affect certain features and functions.
Manage options Manage services Manage vendors Read more about these purposes
View preferences
{title} {title} {title} 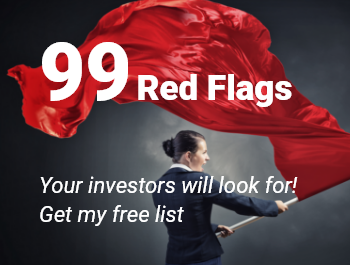 Do you want to shine in your next investor meeting?